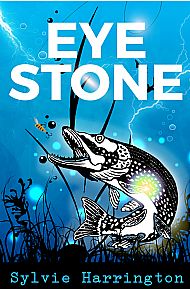 About the author and photographer ...

Sylvie Harrington was raised in the Royal Burgh of Tain in Easter Ross in the Scottish Highlands.

Tradition, confirmed by later monarchs, has it that Tain was granted special privileges in 1066 by Malcolm Canmore.  In 1966, at the age of 6 years old, Sylvie was the youngest actor in a pageant to commemorate Tain’s 9th Centenary.  This initiated a lasting love of local history and folklore.

As Sylvie grew older, she complemented this by developing interests in art, photography and writing.  A relatively early manifestation of the latter earned her first prize in a lyric writing contest, followed by two publishing contracts.

In 1999, Sylvie emigrated from Scotland to Texas to live with her American-born husband.  During bouts of homesickness, he encouraged her to channel her longing for Scotland into her flair for creativity.  After completing two different diploma courses on writing, the bones of Eye Stone were born.

Sylvie, now widowed, eventually returned to live in the Scottish Highlands where she works in the care industry.  She has two sons by a previous marriage.

As well as her more serious writing Sylvie has used her imaginative talents in producing, over a number of years, a highly entertaining, tongue-in-cheek blog about “The day to day life of island teuchters.”

When she is not working, Sylvie writes and can be found taking photographs while walking in her beautiful homeland of the Scottish Highlands.

As a younger teenager, Alice was also my first beta/test reader of Eye Stone, in its first draft stages. I was naturally delighted when Alice offered to make some Eye Stone Pendants.

Each stone purchased will come in its own protective pouch.